EMERGENCY ALERT Important Information in Regards to the Coronavirus Read on...

The design feasibility study has been completed by Pegasus Engineering. The feasibility study established the parameters for the system’s design of the regional stormwater collection and retention system. The study addressed the existing and proposed conditions for Study Area 1 (City Hall complex east of Bluford Avenue) and proposed conditions for Study Area 2 (Taylor St. to Bluford Avenue).

The Master Downtown Stormwater System’s total cost is estimated to be $8,180,000, with $8 million being provided by a short-term loan that will be repaid using existing Stormwater Utility revenues, plus $180,000 from the General Fund Bond. The expected stormwater storage and treatment facility is expected to be a small lake to serve the downtown area. Rather than require each property owner to build their own stormwater retention system, the facility will allow developers to instead pay their fair share of the facility’s cost. In addition, the facility will serve as a major gateway water feature that offers additional recreational and park areas to extend the benefits of Starke Lake into the city core. 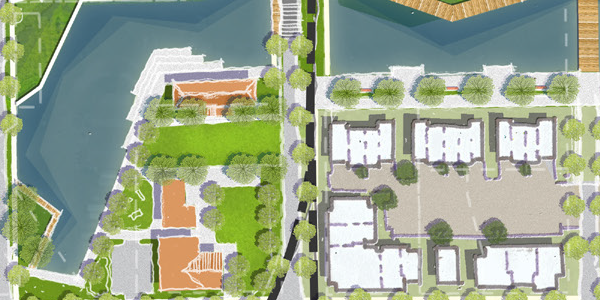